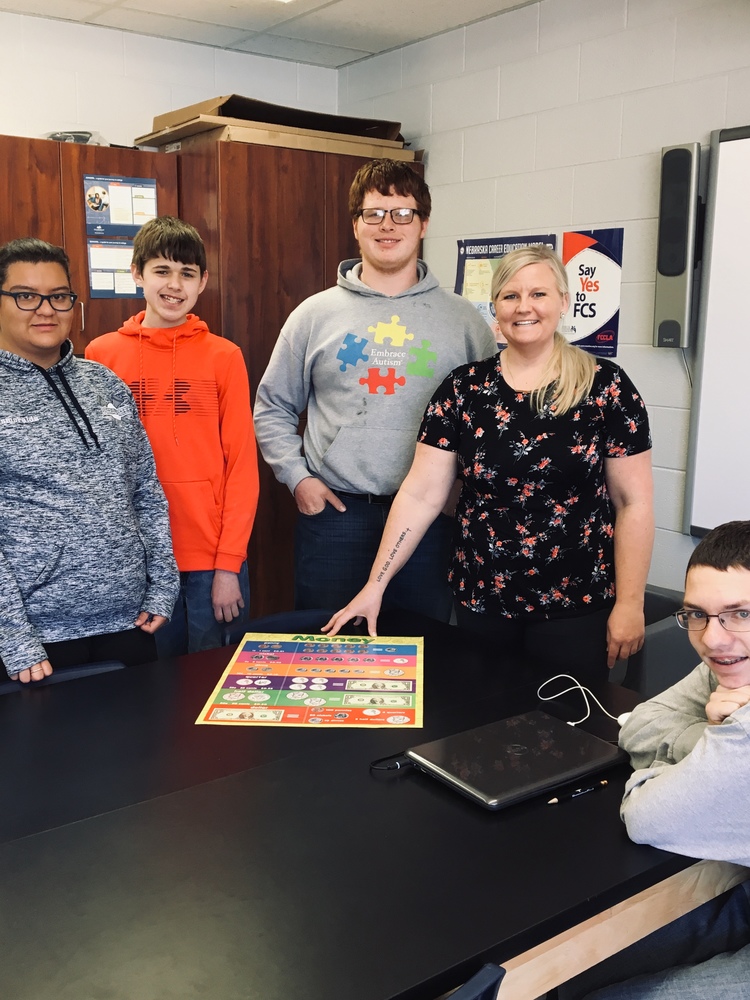 By the time Special Education teacher Misty Dvorak was 18, she knew two things for certain: she wanted to live her life for God and to work with disadvantaged children.

Dvorak, the daughter of Terry and Barb Dvorak of Wolbach, attended Grand Island Northwest High School where she played sports and excelled in academics. Being the fourth and youngest in her family at the time (her parents later adopted her brother Nick), she wanted to own the label as being the smartest child.

When she graduated from high school, Dvorak moved with a friend to Austin, Texas, where she attended a community college. She had big plans to attend the University of Texas, but they dissolved one day in what she described as a low in her life. “My friend was a Mormon and she started getting more involved with her church. I was away from home and my family, and everything was different than what I was used to. I wasn’t playing sports anymore, something my family and I had always strongly identified with.” Alone and in despair, Dvorak said it was then she turned her life over to God.

She decided to move back to Nebraska and began attending UNK. Her initial plans to major in pre-physical therapy changed when she realized she lacked the passion for the long hours of work it would take to excel in all the courses that field required. Instead, she set her sights on social work. “I had the opportunity to work two summers at a Kids Across America camp. It was a non-profit organization that helped mostly inner-city kids from across the U.S. Many of them were struggling or were from broken homes.” She said those summers lit a fire in her to help work with underprivileged children.

During her last year of college, Dvorak said she met Ty Schenzel, a youth pastor who had started an after-school and summer program for disadvantaged kids in Omaha. In the summer of 2006, Dvorak moved to North Omaha and began working an internship at the organization. She said the program was so in-depth and enriching, she was able to complete her last semester of school working there. “I was a youth coordinator,” she said. “I lead Bible studies, taught social and relationship skills and coached sports.” After graduating in December, Dvorak stayed on at her job with the organization another seven years. She admitted at times the work was overwhelming and noted the average work span for a lot of social workers is only a year or two. She said her relationship with God and the strong mentoring she received from Schenzel and his wife Terri allowed her to continue her work with some of the toughest kids in North Omaha.

In 2013, Dvorak decided to take a break and move to Long Beach, California. “I had it in my mind to live there a year, but I learned how expensive it was.” So, after a few short weeks, she returned home to Nebraska and went back to work for her former employer. “They were starting a new location in Fremont and asked me if I wanted to be the director,” she said, adding she took the job and experienced the satisfaction of really helping the program grow.

While she was in Fremont, Dvorak became close with several of the families she helped because she lived in the same trailer court. She said there was one family in particular that really touched her. The mother was from Mexico and worked long hours. She had three children, a young daughter and two sons. The sons, Jose and Ricky, joined the after-school program. At 13, Jose, the oldest, “had a definite attitude,” Dvorak said, but because the program helped fill gaps that certain family situations were missing, he gradually became more and more reliant on her. “He became involved in cross country and track; I made him lunches and took him to meets. I took an interest in his academics and helped him with his homework. I went to parent/teacher conferences and supported him.” Dvorak said slowly, with time and nurturing, the child who had first shown such anger and hostility underwent a sea change. “I always dreamed of getting married and having lots of kids,” she said. “In fact, a lot of the kids I worked with in the program called me their ‘Other Mom’ or—when I was in North Omaha—their ‘White Mom,’” she smiled.

Dvorak said in 2015, Schenzel and his wife along with another passenger were killed in a car accident. She called the loss devastating. “After he died, the program changed hands, and to me, it began to seem less like a ministry and more like a business.” In 2017, she decided to move back closer to home. By then, she had essentially been parenting Jose, and with his biological mother’s approval Dvorak said he moved home along with her where he was embraced by her family, “especially my mom who made up for 15 years of loving on him.”

Dvorak said the move has been a positive one for them both. “Every couple of weeks, Jose goes and visits his biological family.” She noted he has transitioned well to small town life and “we’ve discovered he’s kind of a country boy. He likes hunting and fishing and really enjoys having his two dogs around.”

She said with the move came a need for a job and, in 2017, she started work as a para with special ed students at Central Valley High School. Last year toward the end of the school year, she said the administration advised her there would be an opening for a Special Ed teacher. They asked if she would be interested in the job while she worked on a transitional degree. Dvorak immediately agreed and called her first year of teaching “gratifying.” She said she loves the students, “especially the ornery ones—the ones who are pretty lively.” In time, she plans to get a Master in Special Education and coach sports as well as become more deeply involved with the Fellowship of Christian Athletes.

As for Jose, Dvorak said the Central Valley senior will graduate in May and enter the Army in August. She said he’s excited about the military experience but knows he will miss her and the strong bond they share. As an early graduation gift, Dvorak said she allowed him to get a tattoo—his first, his choice. “He chose the same one I wear,” she smiled, noting the ink on her arm. It reads, “LOVE GOD.  LOVE OTHERS.”

Dvorak said once Jose’s future is secured and she completes her transitional degree, she looks forward to relaxing and spending more time on her paddleboard and reading.

As for all those children she imagined herself having one day? Dvorak smiled. “We’ll have to see what God has in store for me.”