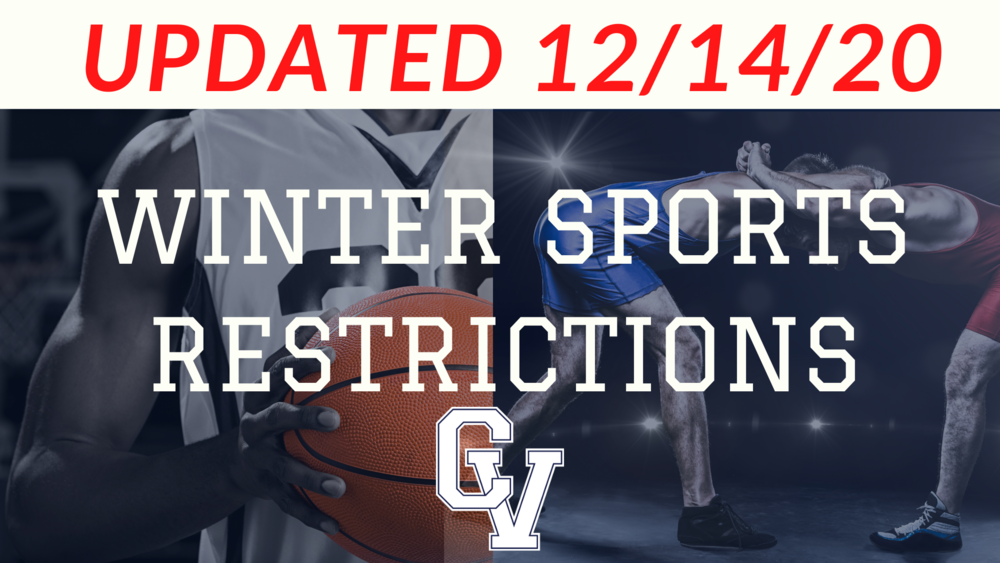 The Nebraska Schools Activities Association has released an update to spectator limitations effective December 14, 2020 through January 4, 2020. The situation will be addressed again at that time.

All current restrictions will remain in place, however grandparents of participants will now be allowed as part of individual schools capacity. Schools will still need to maintain current 25% capacity limitations.

For Central Valley home games, those household members that were given passes at the beginning of the season will still use those passes for access to the gym. Grandparents will not be given passes, but are welcome to attend and will be listed with their association with a student participant at the gate. Simply check-in with the gate workers before paying.

Note: passes are for access to the facility only, admission will still be charged after your pass is shown or you have checked-in.

Unfortunately, Away games and the Holiday basketball tournament will have to be limited further due to capacity.

Saturday, December 19 at Wheeler Central: Central Valley will be allowed 115 passes that will be evenly distributed amongst participants.

December 28 & 29 Holiday Tournament: Each participating school will be allowed 70 passes to be distributed evenly amongst participants.

For reference, the full NSAA Press Release reads as follows:

"To continue to support our NSAA member schools and their efforts to keep kids in school and participating in NSAA activities, the NSAA has decided to stay with the Governor’s “Orange Phase” of the Directed Health Measure regarding fan attendance and 6-foot separation between households.  Additionally, schools may allow grandparents to attend contests. Spectators, coaches, and non-active participants are required to wear face coverings at all times while attending these events.

Non-compliance with the above may include but not be limited to reprimands, fines or exclusion from the post season.

This decision is based on an abundance of caution as we move through the holiday season. By doing these things now, we are hopeful we can host NSAA winter championships in February and March.